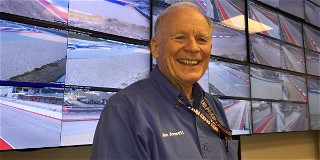 The SCCA Road Racing community was stunned and saddened to learn of the passing of Jim Averett on Friday, November 6. Jim was piloting a small aircraft in formation flight practice for Veterans Day activities, when a mid-air collision forced his plane down near his hometown of Fredericksburg, TX, according to news reports.

After joining SCCA in 1980, Jim enjoyed a successful career as a driver, earning Southwest Division Championships in Formula Vee in 1983, 1984, 1986 and 1987. He made seven SCCA National Championship Runoffs appearances as a driver, with a runner-up finish in his final appearance in 1987 after leading three laps at Road Atlanta. Jim entered the stewards program in 1995, working through the license grades to become a National Chief in 1997. He served as the Southwest Division Executive Steward from 2004-2006 before becoming Assistant Chief Steward at the Runoffs in 2007, moving into the Chief Steward role from 2008-2010 at Heartland Motorsports Park and Road America.

Jim has been a Chief Steward for SCCA Pro Racing series, and was currently serving on the SCCA Road Racing Court of Appeals, in addition to being a fixture at SCCA events in the Southwest Division. He was the subject of this feature on SCCA.com in 2018.

After retiring from the United States Air Force in 1974, Jim enjoyed a 26-year career flying with Delta Airlines.